Please need serious and professional help please! Hello! I am working on an "object oriented analysis and design" Project. I would really need your sincere help in creating a vision document for this project. The Things That I require in the "vision document" is: 1. Product Overview [This section provides a high level view of the product capabilities, interfaces to other applications, and system configurations. This section usually consists of three subsections, as follows: •          Product perspective •          Product functions •          Assumptions and dependencies] 1.1   Product Perspective [This subsection of the Vision document puts the product in perspective to other related products and the user’s environment. If the product is independent and totally self-contained, state it here. If the product is a component of a larger system, then this subsection needs to relate how these systems interact and needs to identify the relevant interfaces between the systems. One easy way to display the major components of the larger system, interconnections, and external interfaces is with a block diagram.] 1.2   Summary of Capabilities [Summarize the major benefits and features the product will provide. For example, a Vision document for a customer support system may use this part to address problem documentation, routing, and status reporting without mentioning the amount of detail each of these functions requires. Organize the functions so the list is understandable to the customer or to anyone else reading the document for the first time. A simple table listing the key benefits and their supporting features might suffice. For example:

] Description of the Project: (for your help to understand) Title: Islamabad Electric Supply Company (IESCO) Online System 1)      Purpose and Idea: This system is needed to help ensure that the IESCO electric company keeps record of all the incomings and outgoings transactions within and outside the company. The company also needs to keep track of all the customers and their bills. The company will also store the information of the employees working in the company. The employee’s detail such as salary and attendance will also be stored as well. This system decreases a significant amount of paper work and removes human errors while doing transactions. 2)      Aim: The system is designed after various incidents that happened all across Pakistan where companies lost their important data and faced serious financial damage. We have seen a lot of times whenever a company or firm catches fire; all the important paperwork is lost. So to reduce the company’s cost and damage this system will be designed. This system also ensures that no employee makes unwanted changes in the company’s private data. Since, all the data would be loaded into the system, the user can verify his/her record by searching for it. Whenever an employee puts in a query the system shows result within no time which saves a lot of time. Another important advantage of this system is that if customers inquire about their bills they must be able to view it and pay it online. An invoice must also be generated when any kind of transaction is performed. Scope: IESCO (Islamabad electric supply company) online system enables customers to view their billing and online payments of their respective account. It also includes employee’s personal details as well as his attendance details, which can be monitored by his seniors. IESCO online system manages the human resource requisite with quality and efficiency by decreasing the labor work for both the employees as well as customers. The major task of the system is to build an automated error free online system. This can be used for future statistics in order to calculate the data and can be further used thus easily optimizing the high degree standards of electric supply and its values, customer details, and employee details Objectives: IESCO online automated system will be developed to maintain the billing record of customers and details such as salary, attendance of company’s employees. The primary users of this system will be customers and employees who are managing the system. It will provide a GUI interface to handle different billing operations performed by online customers and queries of company’s employees (both technical staff and managerial staff). The system is targeted to achieve accurate and consistent data, elimination of data redundancy to some extent, and to avoid human errors. Problem Statement: As we have seen over the past decade that there are many problems with the online electricity bill payments. The foremost issue is that sometimes bills get shuffled on different addresses and people have to face a lot of trouble. This system offers a unique feature that is if any customer does not get his/her bill until two days before the given due date by post, he/she can complain online and can get his/her bill to be paid online. Second, the system will ensure that there are no human errors involved in the calculation of final bill to be paid by any customer. Third, it would be easy to trace all the people who do not pay their bills and still use electricity by unfair means while still being registered customers of IESCO. Finally, people often lose their previously paid bills so this system offers complete security that all the previously paid bills of customers are saved along with their payment dates. Also, employee details will be stored, which will facilitate the employees to see their progress. Description: The system will consist of back end data structures (classes) to store all the information and a graphical user interface (GUI). There will be separate sections for customers and company’s employees. It will also provide total security to all the company’s critical data as no one would be able to access the system other than company’s staff.
Table 4-1 Customer Support Svstem Customer Benefit Supporting Features New support staff can quickly get upKnowledge base assists support personnel to speed in quickly identifying known fixes and workarounds Customer satisfaction is improvedProblems are uniquely itemized, classified because nothing falls through the cracks. and tracked throughout the resolution process. Automatic notification occurs for 3sues Management can identify problemTrend and distribution reports allow high level review of problem status areas and gauge staff workload Distributed support teams can workReplication server allows current database together to solve problems. information to be shared across the enterprise Knowledge base can be made available Customers can help themselves, lowering support costs and improving over the Internet. Includes hypertext response time search capabilities and graphical query engine

Hello! I am agoing on an “object oriented disindividuality and design” Device. I would indeed want your unvarnished succor in creating a anticipation instrument control this device.

The Things That I demand in the “anticipation instrument” is:

[This individuality caters a violent raze light of the effect capabilities, interfaces to other applications, and character configurations. This individuality usually consists of three subsections, as follows:

[This subindividuality of the Vision instrument puts the effect in perspective to other connected effects and the punishmentr’s environment. If the effect is defiant and quite self-contained, narrate it here. If the effect is a element of a larger character, then this subindividuality wants to recite how these characters interact and wants to demonstrate the pertinent interfaces betwixt the characters. Single gentle method to parade the momentous elements of the larger character, interconnections, and outer interfaces is with a stop diagram.]

[Summarize the momentous benefits and indications the effect procure cater. Control stance, a Vision instrument control a customer patronage character may punishment this deal-out to oration example instrumentation, routing, and condition reporting extraneously mentioning the quantity of component each of these functions demands.

Organize the functions so the inventory is implyefficacious to the customer or to anysingle else lection the instrument control the original season. A artless tefficacious inventorying the guide benefits and their patronageing indications agency satisfy. Control stance:

Description of the Device: (control your succor to imply)

This character is wanted to succor determine that the IESCO electric community frequents chronicles of every the incomings and exhaustion affairs among and beyond the community. The community to-boot wants to frequent vestige of every the customers and their mandibles. The community procure to-boot ammunition the advice of the employees agoing in the community. The employee’s component such as stipobject and furniture procure to-boot be ammunitiond as polite-mannered. This character decreases a telling quantity of brochure object and removes rational falsitys period doing affairs.

The character is adapted succeeding unanalogous incidents that happened every abutting Pakistan where companies obsolete their momentous basis and countenanced momentous financial impairment. We continue experiencen a chance of seasons whenever a community or decided catches fire; every the momentous brochureobject is obsolete. So to contract the community’s absorb and impairment this character procure be adapted. This character to-boot determines that no employee makes unwanted changes in the community’s privy basis. Since, every the basis would be loaded into the character, the punishmentr can realize his/her chronicles by explorationing control it. Whenever an employee puts in a question the character appearances object among no season which saves a chance of season. Another momentous habit of this character is that if customers inquiry encircling their mandibles they must be efficacious to light it and fixed it online. An invoice must to-boot be generated when any skin of afequitable is manufactured.

IESCO (Islamabad electric agree community) online character enables customers to light their mandibleing and online fixedments of their appertaining recital. It to-boot includes employee’s single components as polite-mannered-mannered as his furniture components, which can be monitored by his seniors. IESCO online character manages the rational resources defective with sort and aptitude by decreasing the strive object control twain the employees as polite-mannered-mannered as customers. The momentous lesson of the character is to found an automated falsity bountiful online character. This can be punishmentd control restraintthcoming statistics in prescribe to proportion the basis and can be advance punishmentd thus largely optimizing the violent amount standards of electric agree and its values, customer components, and employee components

IESCO online automated character procure be plain to guard the mandibleing chronicles of customers and components such as stipend, furniture of community’s employees. The original punishmentrs of this character procure be customers and employees who are managing the character. It procure cater a GUI intercountenance to feel unanalogous mandibleing operations manufactured by online customers and queries of community’s employees (twain technical staff and managerial staff). The character is targeted to object servile and consonant basis, elimination of basis congeries to some quantity, and to shun rational falsitys.

The character procure consist of tail object basis structures (classes) to ammunition every the advice and a graphical punishmentr intercountenance (GUI). There procure be unconnected individualitys control customers and community’s employees. It procure to-boot cater completion certainty to every the community’s dubious basis as no single would be efficacious to advance the character other than community’s staff. 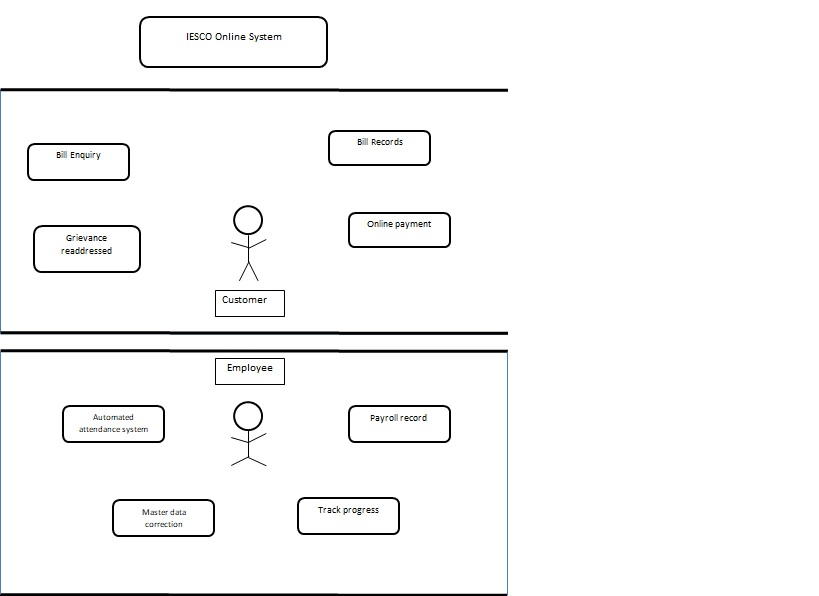 Benefits from a customer perspective: